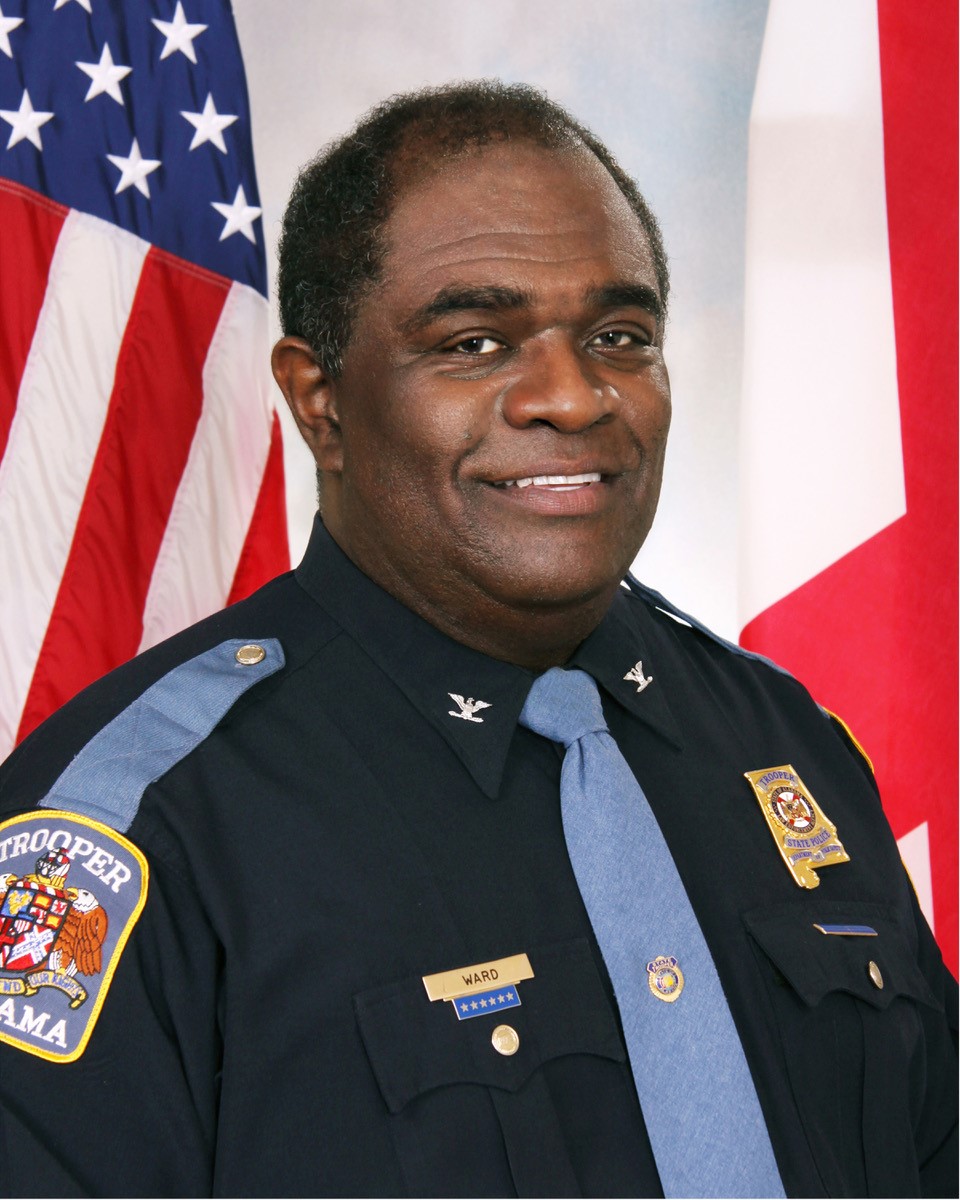 Colonel Charles Ward was appointed Acting Director of ALEA’s Department of Public Safety in November 2016 and then Director in May 2017. He has served as a member of ALEA/DPS since 1985, with almost 30 years working his way up the ranks in Highway Patrol. Colonel Ward also spent some time in Protective Services and the Office of Inspection. In May 2015, he was promoted to Major of Highway Patrol. Topping his list of accomplishments are being honored to lead the Dothan Post in DUI arrests in 1986; being named 1987 Trooper of the Year by the Dothan Optimist Club; and receiving the 2005 Alabama Law Enforcement Officer of the Year by the Alabama Attorney General. Gov. Kay Ivey appointed him Jan. 11, 2019, to the Alabama Peace Officers Standards & Training Commission.