The Alabama Law Enforcement Agency's Marine Patrol (AMP) Division's mission is to enhance safety and promote responsible use of resources on Alabama's waterways through enforcement, education, and community activities.

The AMP Division patrols Alabama’s public waterways, oversees the registration of all pleasure boats and the licensing of all boat operators, and operates a statewide education program. The State's regulatory waterway marking program, presently overseeing 1,518 hazard and control markers/zones, is also administered by the AMP Division.

With Alabama's favorable weather conditions and abundant waterways, boating is a popular activity across the state. Over one million boaters enjoy Alabama's one million acres of lakes, 1,600 miles of rivers, and 53 miles of coastline each year.

AMP is currently offering a variety of dates for prospective boaters to enroll in a Boating Basics and License Course that will be taught by Troopers with the AMP Division. This course will allow citizens of Alabama to obtain a Boating Basics course certificate that may be used to add the boater endorsement on their license by visiting a local Driver License Division office. 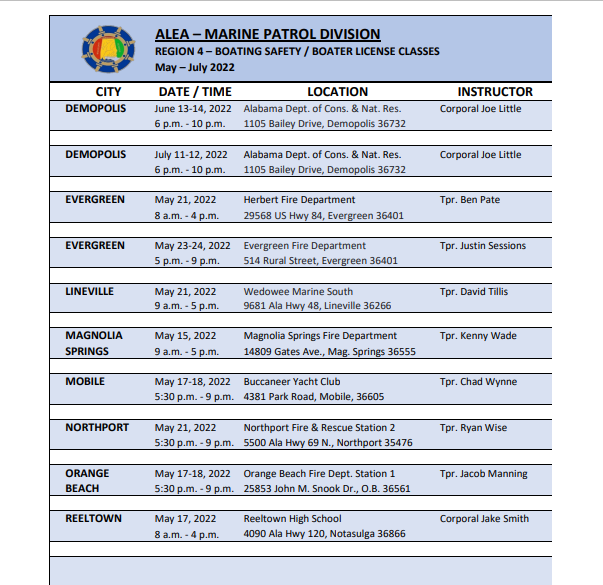 More In This Division